Posted at 11:29h in Coffee by CRCS Team 0 Comments
10 Likes
Costa Rica has a singular and deep relationship with coffee, since it’s introduction in the later part of the 19th century, it was shaped the culture and socioeconomic structure of the country. One of the oldest roaster is Cafe Tringulo de Oro, which was had a leading role in the coffee industry in Costa Rica.
Cafe Triangulo de Oro was founded more than 92 years ago. In 1923, by the Colorado river with a stone mill moved by water, it produced the first 100% pure Arabic coffee in Costa Rica. From our legendary Triángulo Cafetalero de Oro arose the first pure coffee of Costa Rica: Triángulo de Oro. 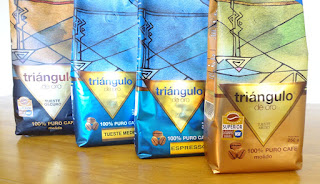 Today Cafe Triangulo de Oro continues to produce coffees observing their longstanding traditions: Meticulous selection, natural processing and craft roasting. But nothing has been more centric to the building of their reputation than deep and long relationship the hold with farmers that grow the coffee. Understanding that the overwhelming factors determining the quality of the coffee in the cup are a product of the quality of the harvest, they set forth be a integrate part it and the best way was to forge long reciprocal relations with farmers.

Triangulo de Oro takes its name from the triangle formed by the regions from where they get there coffee for their proprietary blend: Tarrazu, Naranjo and Tres Rios.